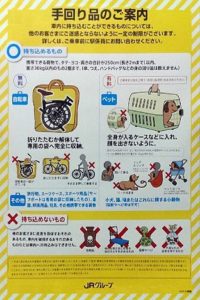 In Japan, traveling on the train with a bicycle is permitted, even on Shinkansen with no extra charge.  You can take a bike on any train at any time for free of charge if you store it in a bike bag called ‘Rinko bag’ 輪行バッグ.

Unless your bike is of the folding variety, you would have to remove the front wheel to do this.

The bike must be completely covered with a bike bag.   Note that the maximum size allowed for the bike bag (or any luggage) on trains is 250cm in total (width+length+depth).  Length should be less than 200cm.

Bike bags can be purchased online or from bicycle shops, starting from around 3,500 yen.  Amazon/rinko bag

Transporting a bike in a bike bag can lead to scratching and scuffing of your bike, especially around the drops out and cranks areas.  It is advisable to cover these areas with some kind of  materials such as plastic or cardboard pieces.  Also do not forget to remove any accessories from your bike, like a GPS unit and bottles.  Any loose items in the bike bag can scratch or damage your bike frame. 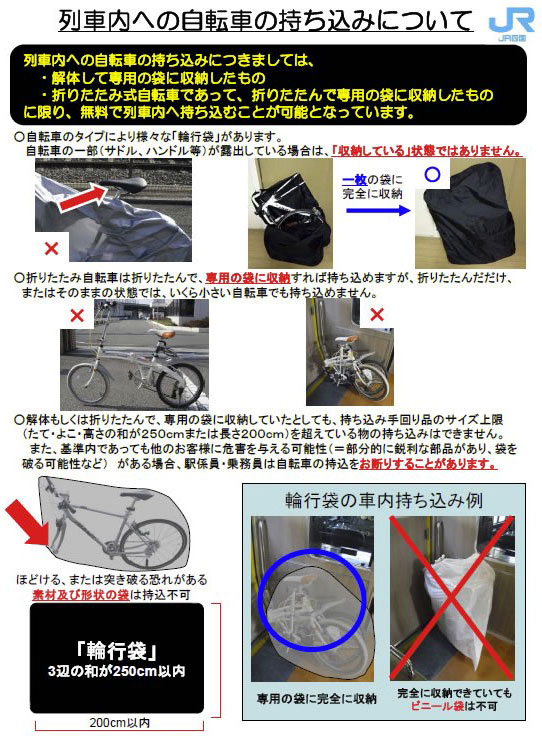 Most trains do not have dedicated bicycle storage space, so you have to find suitable space yourself.  Make sure your bike is not getting in someone’s way to move around on the train.  If you travel on Shinkansen, there is normally suitable space at the rear of each car for bikes. You may want to reserve seats at the rear end of a car so that you can store your bike near you. 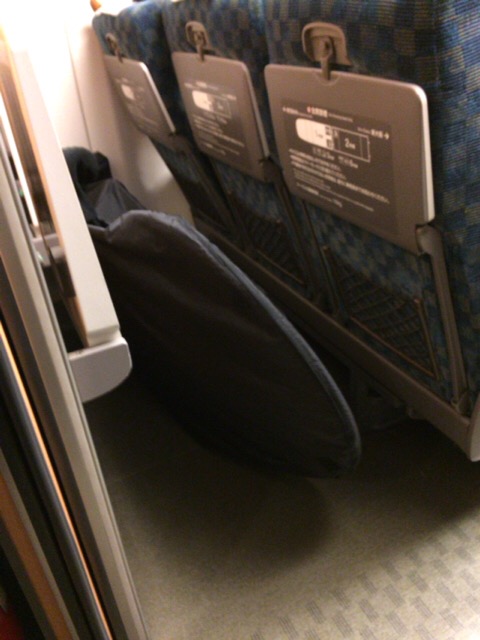 storing a bike at the rear space of Shinkansen car

If you travel on local trains it may be easier to find suitable space at the far front or rear of the train to take advantage of the end walls.  These areas also tend to be less busy with other passengers.

There are special Cycle trains throughout Japan where you can transport bicycles without dismantling and store in Rinko bags.  You may want to try these trains as they tend to operate in areas where special cycling routes exist.  It is also a great opportunity to meet fellow Japanese cyclists using such trains.